THE WIZARD OF OZ IS THE STORY / ALLEGORY TOLD ABOUT MONEY

"It is well enough that the people of the nation do not understand our banking and monetary system,  for if they did, I believe there would be a revolution before tomorrow morning.

​"Baum was a true educator, and those who read his Oz books are often made what they were not — imaginative, tolerant, alert to wonders, life."

Since 'The Wizard Of Oz' is about monetary policy, we are due for a remake. In a modern day version of "The Wizard Of Oz"... Janet Yellen would jump out from behind a curtain and offer to give eCONomists a brain. 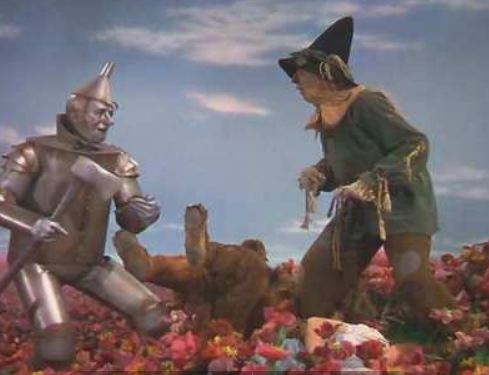 The Wizard of Oz is a profound allegory about how the common American worker is oppressed by the regimes that change the base of currency for their own benefit.

In this story, Dorothy leaves her drought-stricken farm, leaving her family struggling for survival. According to literary critic, Henry Littlefield, Dorothy is "Baum's Miss Everyman." While Littlefield interpreted this story to reflect the struggles at the turn of the 20th century, the story could be interpreted to reflect the struggles of ordinary Americans in recent years. Dorothy is the 99% and Dorothy is trying to occupy Wall Street. We--the public--are Dorothy. Accompanying Dorothy on her journey down the yellow brick road are the Scarecrow and the Tin Man, which, Littlefield observed, served as apt symbols for farmers and industrial workers--two classes of workers deemed unintelligent and helpless. Baum's Scarecrow is a response to the prejudicial notion that farmers were not smart enough to recognize their own interests. The Tin Man, dehumanized by factory labor, had rusted solid, symbolizing the closing of factories in the depression of 1893. So, about a century ago, the characters were different but the situation was the same as it is today. These characters were disempowered then as they are now and taught to believe that things were too complicated for them to understand. But Dorothy discovered that she could take power into her own hands (and feet) by clicking on her silver shoes: this invokes the idea that the American people can take this power of deciding the national financial currency base into their own hands.

At the time this story was written, the monetary base had switched from silver to gold, for the benefit of the wealthy Bankers but at the cost of many ordinary Americans. In recent times, through the evolution of the Federal Reserve and the wealthy Bankers and their families who own it, we have gone from gold to no basis for our currency whatsoever.

ESSAYS WRITTEN ABOUT THE WIZARD OF OZ AND MONEY

Folklore, legends, myths and fairy tales have followed childhood through the ages, for every healthy youngster has a wholesome and instinctive love for stories fantastic, marvelous and manifestly unreal. The winged fairies of Grimm and Andersen have brought more happiness to childish hearts than all other human creations.

Yet the old time fairy tale, having served for generations, may now be classed as "historical" in the children's library; for the time has come for a series of newer "wonder tales" in which the stereotyped genie, dwarf and fairy are eliminated, together with all the horrible and blood-curdling incidents devised by their authors to point a fearsome moral to each tale. Modern education includes morality; therefore the modern child seeks only entertainment in its wonder tales and gladly dispenses with all disagreeable incident.

Having this thought in mind, the story of "The Wonderful Wizard of Oz" was written solely to please children of today. It aspires to being a modernized fairy tale, in which the wonderment and joy are retained and the heartaches and nightmares are left out.

READ Next chapter: 1. The Cyclone

The Wizard of Oz PDF
The Emerald City of Oz by L. Frank Baum TXT

William Jennings Bryan and the Free Silver Movement
In 1896 Bryan was able to persuade the Democrats that paper currency, money, did not need to be "backed" by gold. Bryan did not think it was necessary for the United States to hold in reserve an amount of gold equal in value to all the paper money in circulation. Bryan wanted the United States to use silver to back the dollar at a value that would inflate the prices farmers received for their crops, easing their debt burden. This position was known as the Free Silver Movement. Bryan's opponent, was Republican William McKinley. His campaign was able to persuade voters that dropping the "gold standard" would lead to inflation, rising prices for goods and services. Republican McKinley won the election with 7.1 million votes to Bryan's 6.5 million.  PDF and the St. Louis Federal Reserve

One of the biggest problems Roosevelt faced was that a large number of people had lost confidence in paper money and were going to their banks to exchange their money for gold. You are allowed to by gold today, but an executive order by President Franklin D. Roosevelt pulled the US from the gold standard in 1933, and actually made it illegal for Americans to own gold, except under special circumstances. Creating the crux of the issue is the fact that the 1933 Saint-Gaudens were never officially released by the US Mint.

How the Democrates [who used to protect the people] helped America became a nation were .01% owns the rest of us

An old man from Texarkana: a former cotton tenant farmer named Wright Patman who never went to college but had served in Congress since 1929 was also the chairman of the U.S. House Committee on Banking and Currency new what the bankers did in the depression.

Then in 1975 the Watergate Babies—as the recently elected Democratic congressmen were known—were young, idealistic liberals who had been swept into office on a promise to clean up government, end the war in Vietnam, and rid the nation’s capital of the kind of corruption and dirty politics the Nixon White House had wrought. The new members were antiwar, not necessarily anti-bank. “Our generation did not know the Depression,” then-Representative Paul Tsongas said. “The populism of the 1930s doesn’t really apply to the 1970s,”.

In reality, while the Watergate Babies provided the numbers needed to eject him, it was actually Patman’s Banking Committee colleagues who orchestrated his ouster. For more than a decade, Patman had represented a Democratic political tradition stretching back to Thomas Jefferson, an alliance of the agrarian South and the West against Northeastern capital. For decades, Patman had sought to hold financial power in check, investigating corporate monopolies, high interest rates, the Federal Reserve, and big banks. And the banking allies on the committee had had enough of Patman’s hostility to Wall Street.  Over the years, Patman had upset these members by blocking bank mergers and going after financial power. As famed muckraking columnist Drew Pearson put it: Patman “committed one cardinal sin as chairman. ... He wants to investigate the big bankers.” And so, it was the older bank allies who truly ensured that Patman would go down. In 1974, young liberals did not perceive financial power as a threat, having grown up in a world where banks and big business were largely kept under control vs. 2016 where Citigroup Exec Gave Obama Recommendation of Hillary for State, Eric Holder for DOJ where bankers own the government!

The Federal Reserve System is the central banking system of the United States.

For years members of the Jekyll Island Club would recount the story of the secret meeting and by the 1930s the narrative was considered a club tradition. The conference's solution to America's banking problems called for the creation of a central bank. Although Congress did not pass the reform bill submitted by Senator Aldrich, it did approve a similar proposal in 1913 called the Federal Reserve Act. The Federal Reserve System of today mirrors in essence the plan developed on Jekyll Island in 1910. History

All the important members of the 1910 Jekyll Island meeting were Pilgrims; Vanderlip, Strong, Warburg, Davison, Norton, and Aldrich. Senator Aldrich's closest ally in congress, Edward B. Vreeland, was a Pilgrim too, together with his brother. Vreeland helped Aldrich establish a privately owned central bank. Of course, J.P. Morgan, George F. Baker, John D. Rockefeller, and Jacob Schiff were members also. Keep in mind these people were often competing with each other and weren't necessarily friends, as so many (conspiracy-oriented) people seem to think.
About the Pilgrim Secret Society the Pilgrims Society represents that old dream of Cecil Rhodes to create a worldwide English-speaking free-trade zone (his exact words), with the dominant position for the Anglo-Saxon race. Rhodes had also been speculating about a network of secret societies that had to absorb the wealth of the world. In fact, the enormous fortune he left behind was probably used to set up the Pilgrims Society just 4 months after he died. But especially these days, 'free-trade' policies seem to be nothing more than a tool by which western companies wrestle control of foreign markets. This makes it hard to say if their ultimate goal of 'global peace' really is that noble.
1966 book 'Tragedy and Hope - A history of the world in our time', written by Oxford professor Carroll Quigley:

In 1891, Rhodes organized a secret society with members in a Circle of Initiates and an outer circle known as the Association of Helpers later organized as the Round Table organization. In 1909-1913, they organized semi-secret groups know as Round Table Groups in the chief British dependencies and the United States.

YOU ARE NOT ALLOWED

TO KNOW ABOUT THIS

YOU! THERE! STOP! YOU CAN'T GO IN THERE!

YOU ARE NOT ALLOWED TO KNOW ABOUT THIS!

There has been a "drug culture" in America brought to you by the Boston Brahmins but the History Channel doesn't want to talk about that.

CHINA CURRICULUM  MORE ABOUT THE 1% AND OPIUM
Hong Kong, English, and American 1% Opium Drug Smuggling Pirates and their Banks that are still in business today!

The Profitable Business of Opium Smuggling and the Predator Banks that Helped out.

The 1860"s needles are here and 1875 the industrial revolution drug becomes illegal. 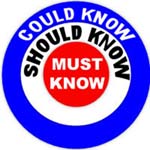 Allen Greenspan "the wizard" the most powerful bankster in the world.

The man behind the curtain ruled the economy in 2005 and the Clinton Administration was hands off and was a libertarian.