The purpose of lecture one is to reveal why it is that we, as the U.S. citizenry, knew so little about money and felt so helpless as we experienced market crashes and foreclosures since the early 2000s. The reason is that we are deliberately kept in the dark about these issues by our educational system.

Why are we kept in the dark?

It's in the best interest of the 1% that the rest of the country is kept in the dark.

According to a  study from Princeton University, American democracy no longer exists. Using data from over 1,800 policy initiatives from 1981 to 2002, researchers Martin Gilens and Benjamin Page concluded that rich, well-connected individuals on the political scene now steer the direction of the country, regardless of – or even against – the will of the majority of voters. America's political system has transformed from a democracy into an oligarchy, where power is wielded by wealthy elites.

In All the Presidents' Bankers, Nomi Prins names six banking giants and associated banking families that have dominated politics for over a century. No popular third party candidates have a real chance of prevailing, because they have to compete with two entrenched parties funded by these massively powerful Wall Street banks.

The final blow to democracy, says Dr. Cobb, was "globalization" – an expanding global market that overrides national interests:  "[T]oday's global economy is fully transnational.  The money power is not much interested in boundaries between states and generally works to reduce their influence on markets and investments. . . . Thus transnational corporations inherently work to undermine nation states, whether they are democratic or not." The most glaring example today is the secret twelve-country trade agreement called the Trans-Pacific Partnership. If it goes through, the TPP will dramatically expand the power of multinational corporations to use closed-door tribunals to challenge and supersede domestic laws, including environmental, labor, health and other protections.

Many of the institutions we rely on to get reliable information, the Federal Reserve as well as large Banks, were the source of all the problems in the first place. So why are we trusting them to give us this information? The Media is not a very reliable source of information either because it's controlled by a few consolidated corporations. Meanwhile, even academic think tanks are funded by powerful corporatists such as the Koch Brothers and educRATS like Bill Gates. Therefore, there are many reasons why we are "kept in the dark".

"RICH AS HELL"  has nine LECTURES you can read in any order:  telling a coherent awesome story about the 1% and how they made their money.

How is this information related to K-12 or any other kind of Financial Literacy?

Economics is part of citizenship.  Economics is necessary for an informed electorate. Financial literacy can also foster economic equality and stability.

Why eCONomics is beyond the grasp of most people.

College-level intro economics is often taught from a quantitative standpoint: It's full of things like numbers and calculus. Social studies educators themselves are afraid of  econ. Many future social studies teachers come to the profession with a history or political science background. Economics coursework is often pigeonholed into being part of a track toward an eventual career in finance or economics, rather than as an integral part of a well-rounded education. According to the  Council for Economic Education's Survey of the States, it wasn't until 2014 that all 50 U.S.states and the District of Columbia included economics in their K12 standards.

If you want to believe in the status quo and the ideal that the Banks aren't really so bad and that there is very little corruption and collusion, this book isn't for you. The nine lectures will provide you with extensively researched and curated information. It will be essential for you to keep an open mind as you read this book and the curriculum it's based on.

Thanks to scholarship, newspapers, and the internet, this online reference companion will provide the reader with an historical context to find the truth in what being financially literate actually means. The first lecture explains why the truth about money has been hidden from us.

A NOTE TO TEACHERS

This content was developed during the time of recession to help teachers discuss with their students the impact of Financial Literacy on the American republic.

"RICH AS HELL" is divided into an introduction and nine broad subject headings, each of which offers its own brief introductory summary, including classroom objectives, and discussion questions. The lectures are arranged chronologically, covering six major time periods from before the dawn of the republic to the present. As such, they may be taught in sequence or individually.

Above all, the goal  is to encourage thoughtful dialog among your students on the critical issues America faces. As a teacher, you are encouraged to use the online companion and book in any way that fits the particular needs of your students. 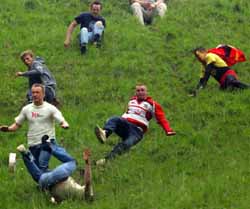 Everyone knows that 45 states would not have endorsed the Common Core standards without the lure of $4.35 billion in federal dollars, offered as an incentive for those who signed on.

They specify HOW teachers must teach in addition to what and when.

The wide spread adoption is more political and economic than educational.

The associated tests are flawed, too objective, and imprecise as a measurement tool.