Banks are a key source of political funding so the politicians are bought off to do nothing.

The NCA warned that despite the UK’s role in developing international standards to tackle money laundering, the continued extent of it amounts to a “strategic threat to the UK’s economy and reputation”. It added that the same money-laundering networks used by organised crime were being used by terrorists as well. Antonio Maria Costa of the UN Office on Drugs and Crime found that drug trafficking organisations were blatantly recycling dirty money through European and American banks, but no one takes any notice,” he said. “He found that banks were welcoming dirty money because they need cash, liquidity during the financial crisis. The figures are too big to be rejected …. Yet there was no reaction.” Referring to HSBC’s record $1.9bn (£1.2bn) US fine for money laundering for the Mexican Sinaloa drugs cartel in 2012, Mr Saviano said: “The biggest UK bank! Yet it has scarcely been written about. The British treat it as not their problem, because there aren’t corpses on the streets.  “They think it’s all happening ‘over there somewhere’, so they needn’t worry about it. Sure, HSBC has been reported but there has been no debate. You need to fill the papers. The intellectuals have said nothing. 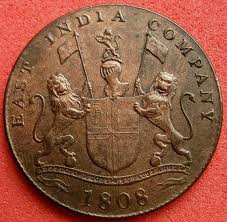 The seeds of the world's first multinational company were sown on September 24, 1599, when a group of eighty merchants met at the Founders' Hall in the City of London.

Under the Chairmanship of the Lord Mayor,  -- Sir Stephen Soane
[ Thomas Jefferson's Grandfather ] agreed to petition Elizabeth I, to set up a company to trade with the East Indies. After a series of political negotiations and finance raising, finally the EIC was incorporated on December 31, 1600. Queen Elizabeth granted a charter to the Governor and Company of Merchants of London for fifteen years.

This begins the evolution of –  the world's first joint stock company, and its emergence as a global business and its transformation from a commercial organization to a military establishment, because this corporation had the power to wage war!  It is not so common that one comes across a company that prospered for over 250 years and ruled a subcontinent.

The East India Company (EIC) stands apart as the world's first major shareholder company, which ruled a fifth of the world's population, with a quarter million private army and generated revenues much greater than the whole of Britain. It played a key role in the triggering of globalization, long before it became a buzzword. Though, it looked like a multinational company, in action, it was an expansionist nation state. In fact, there is no other powerful company in the history that can be compared with the EIC in terms of longevity and wide-ranging economic, political and cultural influence. The EIC established a distant empire and then set about governing, controlling and exploiting it from a great distance in London. It ruled India with a private army of 26,000 native troops, twice the size of the British Army. Compare Flags between the EIC and the US

BREXIT
For The British establishment that never lost its wealth, social privileges and access to political preference, this is a nightmare. Born into wealth (both); elite private schools – Eton (Cameron) and St. Paul’s (Osborne); Oxford (both); the Bullingdon upper-class drinking club (both); short spells in the media (both); Conservative Research Department (both); married upper-middle-class, distantly aristocratic women of Conservative family (both); and rapid advancement in politics since becoming members of Parliament in 2001 (both).
The will of that people will only be served if the establishment allows it. That establishment is virtually all the institutions in Britain -- the heads of banks, corporations, businesses; the leaders of (most) trade unions; the chancellors of universities, plus political and financial leaders around the world. The future acts of this drama may contain not just constitutional upheaval, EU turbulence and economic decline, but a battle between a global elite and a narrow majority of British voters.

It's Good To Be The King

Prince Charles can trace three thousand lines of decent alone from Edward III (1312-1377), the monarch who formed the Brotherhood grouping the Order of the Garter. Nineteen presidents of the United States have also been related to Edward III.​

was established in London in 1826 by John Burke and has become the definitive guide to the genealogy and heraldry of the Peerage, Baronetage, Knightage and Landed Gentry of the United Kingdom, the historical families of Ireland and the Commonwealth of Nations, the Imperial, Royal and Mediatised families of Europe and Latin America, the Presidential and distinguished families of the United States, the ruling families of Africa and the Middle East and other prominent families worldwide. This posh bible is still in use today by debutants looking for their future husbands.

The 12 Primary and Secondary School Networks

1/1/15 Latest edition of posh people’s periodical contains list of acceptable state schools
The 12 primaries considered desirable include Fox Primary in London’s Notting Hill, which tops the list for the best SAT results in England, and Trinity Church of England Primary on the edge of Gloucestershire’s Badminton estate - described as being “in the heart of Beaufort Hunt country - what could be lovelier?”  Among the secondaries worth investing in some real estate to play catchment bingo for are the Grey Coat Hospital school in Westminster, where former education secretary Michael Gove sends his daughter and Prime Minister David Cameron will reportedly send one of his children.

Establishment sources promote Oxbridge as the repository of Britain's finest minds, where the brightest and the best gather to be educated in the rarefied atmosphere of the two university towns. According to conventional wisdom, this is why graduating students tend to succeed. Yet until the mid-60s, alumni of the seven elite English boarding schools (Eton, Harrow, Westminster, Rugby, Winchester, Charterhouse, and Shrewsbury) were not even required to pass exams to gain admission. The headmaster of Harrow even lodged a complaint when he discovered that his pupil's would finally be assessed on their A-level results.

Establishment sources are also inclined to claim that the system of patronage and class distinction has now disappeared, replaced with the supposed “meritocracy” of the Thatcher years. Yet given the fact that so many of the admissions tutors are themselves Oxbridge alumni from the age of overt discrimination by background, this claim seems as false as any of the other various means of obfuscation used by the Establishment to hide its unaccountable and undemocratic power from the British electorate.

Coventry University has nudged past many of its Russell Group peers to reach the highest position ever achieved by a former polytechnic in the Guardian league table of universities.

CORPORATIZATION OF THE ACADEMY

The third major promoters of this transformation are the university administrators, who see it as a way of giving their institutions a fashionably forward-looking image. More importantly, they view computer-based instruction as a means of reducing their direct labor and plant maintenance costs - fewer teachers and classrooms - while at the same time undermining the autonomy and independence of faculty. At the same time, they are hoping to get a piece of the commercial action for their institutions or themselves, as vendors in their own right of software and content. University administrators are supported in this enterprise by a number of private foundations, trade associations, and academic-corporate consortia which are promoting the use of the new technologies with increasing intensity. Among these are the Sloan, Mellon, Pew, and Culpeper Foundations, the American Council on Education, and, above all, Educom, a consortium representing the management of 600 colleges and universities and a hundred private corporations.

The cost of inequality: how wealth and income extremes hurt us all. The world must urgently set goals to tackle extreme inequality and extreme wealth.

One hallowed feature of Britain's finances is a tax break for individuals called "non-domiciled status."

The Panama Papers: how the world’s rich and famous hide their money offshore
The hidden wealth of some of the world’s most prominent leaders, politicians and celebrities has been revealed by an unprecedented leak of millions of documents that show the myriad ways in which the rich can exploit secretive offshore tax regimes.  BVI is largest source of foreign ownership of UK property.
Guardian analysis of leaked papers will show how influential people including heads of government have exploited tax havens. What is certain is that the prime minister, David Careron who once described himself as the "heir to Blair", was not the heir to Blairmore.

DARK MONEY: LONDON'S DIRTY SECRET https://archive.is/F2ohp
In an age of austerity, protesters had railed aqainst financial structures that they believed kept the rich wealthy at the expense of other taxpayers. Now here was what might have felt to them like a counterpunch against “the 1 per cent”.

The City’s role as a global hub for illicit finance. Drawing on the testimony of a whistleblower from UBS, the biggest Swiss bank, the inquiry had exposed some of the chicanery that Swiss bankers used to help their clients hide money. A criminal investigation followed and in 2009 UBS paid a $780m fine to avoid prosecution for complicity in tax evasion. From there, the prosecutors’ campaign widened dramatically. Credit Suisse, UBS’s main rival, pleaded guilty to conspiring to help Americans evade tax and paid a $2.6bn fine. The onslaught brought down Wegelin, the oldest Swiss bank, which closed its doors in 2013 after 272 years in business. Its final act was to plead guilty to US charges of tax fraud.
BSI bankers, the US settlement documents revealed, had registered client accounts to “sham entities”. These were essentially front companies, registered in places such as the British Virgin Islands and Liechtenstein. They used a series of legal manoeuvres to conceal the fact that their true owners were the bank’s American clients. When clients wanted to shift money back into the US, BSI bankers used a variety of subterfuges. In one, the bank would issue clients with prepaid debit cards loaded up with money from their Swiss account. The client’s name did not appear on the card. That left clients free to spend without leaving clues for the taxman. When clients needed BSI to top up the cards, they sent word in code. “Could you download some tunes for us?” asked one. Another winked, “Gas tank still running on empty.”
More than a third of the bank’s American clients — there were 3,500 in total, with $2.8bn in declared and undeclared accounts — used this service. Two-thirds gave “hold mail” instructions, meaning that nothing should be sent by post to the client’s home address. If necessary, BSI bankers would fly from Switzerland to the US to hand-deliver account documents.

By definition, we do not know how much money passes through the hidden conduits of the global financial system. Gabriel Zucman, a French economist who studied under Piketty, estimated last year in his book The Hidden Wealth of Nations that tax havens hold $7.6tn, equivalent to the entire US budget for two years.

While the vast leak of confidential documents from Panama has reinforced the notion that such outposts are the core of the secrecy industry, some experts argue that the real capitals of clandestine finance are in much less exotic places.

Britain’s private bankers manage $1.65tn of client assets, according to the professional services firm Deloitte, the biggest tally after Switzerland. That is enough money to buy Apple three times over.

The City is intimately connected to British Crown dependencies and overseas territories such as Guernsey and the Virgin Islands that supply front companies, anonymous trusts and other types of financial camouflage. “If you lump them all together,” says Alex Cobham, head of research at the Tax Justice Network campaign group, “the British secrecy network is the biggest in the world.”

May 27 2015 The job titles of the people who take part in the Queen's Speech are amazing.