The Erosion of Trust in the USA: In No One We Trust

Lecture 2 of the book "RICH AS HELL" follows Lecture 1, "Why We are in the Dark"
By providing greater detail in Online Reference Material about the most powerful banks, this lecture reveals and explores concrete examples of the revolving door between the Federal Reserve, and the Banks' abuse of power. We learn about the trust deficit, how all the risk is shouldered by the public, yet these institutions are themselves teaching financial Literacy. 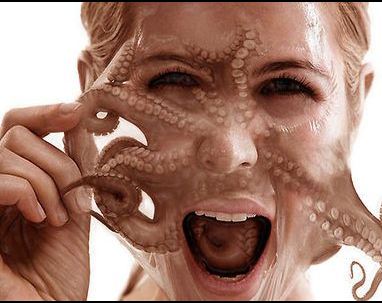 We learn that this CON
is rooted in the concept
of the OCTOPUS.

The Banks are part of a larger system of collusion that consolidates power and wealth in the hands of the rich.

Several of the tentacles of the Octopus are the banking elite, the power elite network, academia, and the media.

The final head of the Octopus is the CIA or the Central Intelligence Agency, which, with new innovations in technology, feed and organize its different tentacles.

Strategy proves this is not a "theory"!

The system isn’t broken - it’s rigged / fixed. The Elephant?
"The 4th Reich. Inverted Totalitarianism."
A system where corporations have corrupted and subverted democracy and where economics trumps politics. In inverted totalitarianism, every natural resource and every living being is commodified and exploited to collapse as the citizenry is lulled and manipulated into surrendering their liberties and their participation in government through excess consumerism and sensationalism.

Make sure you read how the rich hide their money legally in offshore banks.
ICIJ database contains information on almost 320,000 offshore entities that are part of the Panama Papers and the Offshore Leaks investigations. The data covers nearly 40 years up to the end of 2015 and links to people and companies in more than 200 countries and territories. 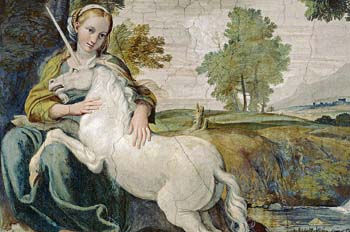 Asking questions does not make this a conspiracy.

There are many people and organizations critical of Conspiracy Theories.

This lecture provides an introduction as to why it's not a theory when we can show the strategy.

The greatest triumph of the banking industry was convincing Treasury and Justice Department officials that prosecuting bankers for their crimes would destabilize the global economy.

REVOLVING DOOR: All Thanks to Former Attorney General Eric Holder who has now taken up his old job at a New York law firm defending banks, though, considering his lax treatment of the banks blamed for the financial collapse almost a decade ago.

Covington was also deeply involved with a company known as MERS, which was later responsible for falsifying mortgage documents on an industrial scale. "For all intents and purposes, he never really left Covington. He just took a sabbatical to protect the banksters for a few years.

Conceding It Prosecutes Corporate Crime All Wrong
Years after the 2008 financial crisis, the 2015 Justice Department has new guidlines and says it wants to focus on individuals who commit corporate crimes rather than on companies.

To this day, money-laundering is not even a criminal offense in 8 out of the 15 industrialized nations.

In the United States, the center of the problem, government action is a joke: No top management has ever been charged or prosecuted for criminal money-laundering activity.

The banks didn't just take advantage of the drug trade profits; they have promoted their "right" to make use of them. As one banker stated in an off-the-record discussion in London "is the biggest source of new financial business in the world today .... I know banks which will literally kill to secure a chunk of this action."

"If the trade is ever legalized, it will cease to be profitable from that time. The more difficulties that attend it, the better for you and us." -- Directors of Jardine-Matheson

You can look up all the Boston Brahmins in the Panama Papers.

The Panama Papers prove -  once and for all - this is NOT a conspiracy THEORY!
but PROOF of STRATEGY and America can afford a universal basic income.
Offshore accounts, shell companies, and inversions benefit the richest individuals and corporations while cheating hardworking families. Sadly, many politicians around the world, including Republicans in the United States Congress, have refused to take any meaningful action to close these loopholes.  Closing international tax loopholes could lower budget deficits by billions of dollars and provide resources to invest in education and infrastructure projects that actually grow the economy. Yet many in Congress have ignored fixes to our tax code.

The new film ‘A Flaw in the Monetary System?’ depicts in 7 ½ minutes the consequences of interest and compound interest in the financial world. It illustrates the systematic redistribution of money from the majority to the wealthy. Thomas H Greco says: This is an excellent video - clear, concise and accurate.

911 The Untold Story of 9/11: Bailing Out Alan Greenspan’s Legacy

2016 Today marks the 15th Anniversary of the tragic events of September 11, 2001 and yet the American public remains in the dark about critical details of hundreds of billions of dollars of financial dealings by the Federal Reserve in the days, weeks and months that followed 9/11. What has also been lost in the official 9/11 Commission Report, Congressional hearings and academic studies, is how Wall Street, on the day the planes slammed into the World Trade Towers, was on the cusp of being exposed by the New York State Attorney General, Eliot Spitzer, as the orchestrator of a fraud of unprecedented proportion against the investing public. That investigation was stalled for more than six months. Here’s where Wall Street and the U.S. economy stood on September 10, 2001, the day before an attack in lower Manhattan provided the excuse for the Federal Reserve to flood Wall Street with unquestioned amounts of cash:

BANKS KEEP ALL THE GAINS AND EXTERNALIZE ALL THE RISK

It makes sense that fines for fraud are tax-deductible, because when your business model is fraud, fines are just a cost of doing business..

2016 Supervisor Of "Massive Fraud" At Wells Fargo Leaves Bank With $125 Million Bonus Wall Street Today: Fake Accounts, Fake Money, Fake Courts, Fake Regulators
If anyone ever doubted Senator Bernie Sanders when he repeatedly said during campaign stops that fraud has become a business model on Wall Street, that debate is over. According to the CFPB, this conduct at Wells Fargo went on for five years. Yesterday, Fortune’s Stephen Gandel reported that the woman who headed up this division at Wells Fargo, Carrie Tolstedt, will be “walking away with $124.6 million in stock, options, and restricted Wells Fargo shares.”  Fraud is not only a business model but a road to riches for the overlords on Wall Street. Just ask John Paulson, Sandy Weill, Robert Rubin, John Reed, and Jamie Dimon.

Excerpt:
"What Wells did not disclose publicly to anyone is that the head of the group responsible for Wells' biggest consumer fraud scandal in years, is quietly leaving the bank with a $125 million bonus, a bonus which as Fortune's Stephen Gandel writes today will not see even one cent clawed back as part of the dramatic revelations."

When a corporation does it, there are fines, but almost nobody goes to jail (it is a vanishingly small percentage).  Individuals do it, and it's hammer time, jail quite often.  This double standard is a terrible thing - do the crime big enough, as a company, no need to worry.

There is evidently no crime a banker can commit that is serious enough to warrant prosecution, much less jail time, if it's one of the "too big to fail" banks. Obama's legacy will include the poisonous effects of rewarding, not punishing, the criminals who looted the world for trillions and nearly crashed the global economy. No wonder average people consider voting for candidates who'll just tear down everything they touch.

Aug 13, 2015 Explains how to use market-forces to topple plutocrats and billionaires.

Bankster Parasites Taking Over The World
Wall Street banks destroyed the U.S. economy, and not one of the leaders of these companies ever saw a day in prison. And now that they know they can get away with it, they’re taking their criminal activities to other countries. An effective economy has effective regulation.

RISK - Deutsche Bank has spent more than $10.5 billion on fines and legal settlements since the start of 2008"

Bankster Parasites Taking Over The World