THE MIDDLE CLASS IS GOING EXTINCT

At last count, there were 245 millionaires in congress, including 66 in the Senate.

HOW DID IT ALL GO
SO WRONG
FOR THE MIDDLE CLASS?

From 1947 to 1977, Americans' economic gains were shared by all thanks the Unions.
Then  Ralph Nader came onto the scene advocating protection from Corporations which furthered this cause.

Then big business got scared and found they could get help from a
Supreme Court Justice named Lewis F. Powell, Jr. in 1971.

This is how collusion between K Street, Special Interests and Politicians really get going.

In 2010 - the 400 richest Americans controlled more wealth than the bottom 1/2 of American households !!!

That's 1/2 the country !!! That was at that time 150 Million People. And the end result is the rich pull even further away from the poor.

There were 245 millionaires in congress, including 66 in the Senate.

The Difference Between Mean and Median

Warren Buffett walks into a skid row bar. Inside, nine men silently slump on their stools. None of them has a job. Individually, they own almost nothing. No house. No stocks. No bonds. But miraculously, when Buffett steps into the saloon—he orders only a Cherry Coke, mind you—the mean net worth of everyone in that bar surges to roughly $6.8 billion. (Buffett is worth roughly $68 billion.) Such is the power of large outliers to skew averages.
2014 Federal Reserve’s triennial survey of consumer finances.
With greater shares of income and wealth accruing to those at the top of the income distribution—the difference between mean and median is becoming more and more important for Americans to understand. Much of the improvement over the last few years has been driven by surging incomes at the very top of the distribution structure. People of more modest means generally saw their paychecks stagnate. The poorest continued to fall behind.

Every financial crash on Wall Street brings in its wake a comet-trail of movies that either tell how it all went down, or that are overshadowed by its grim economic aftermath. Frank Capra’s American Madness (1932) depicted a run on a bank 14 years before the repeat version in It’s a Wonderful Life. Almost the entire output of Warner Bros in the 1930s nods to the debilitating after-effects of Black Tuesday in 1929; it’s there as plain as day in everything from the kid-hobo drama Wild Boys of the Road to The Roaring Twenties. Likewise Black Monday 1987, whose most potent – still potent – cultural byproduct was Oliver Stone’s Wall Street, and whose worst excesses are retroactively depicted in the exhaustingly amoral Wolf of Wall Street. If they’d been making movies at the time of the Big Panic of 1873 (which devastated the western economy until 1880), they’d have made them about that as well.
2008 Alex Gibney’s Enron: The Smartest Guys in the Room was a hubristic account exactly warranted by the delusions embodied in that subtitle.
The Corporation (2003) Mike Achbar and Jennifer Abbott’s took said entity seriously in its claim to “personhood” under American law, and clinically diagnosed that “person” as a psychopath, inhuman, unappeasable, shark-like and guilt-free.
Gibney’s Client 9: The Rise and Fall of Elliot Spitzer, which comes with a side dish of speculation as to whether or not Spitzer’s sexual antics with high-end escorts were deliberately exposed by Wall Street gremlins to curtail his regulatory assault on the big banks.

The Big Short – which does an excellent job of explaining the complex financial hi-jinx its depicts – we can set Curtis Hanson’s HBO movie Too Big to Fail, starring Paul Giamatti as Ben Bernanke and Billy Crudup as Timothy Geitner, which explains the collapse as it happened, culminating in September 2008, and dooming John McCain’s presidential bid in a single day. Too Big is the top-down view from the bridge of the ship, so to speak, while The Big Short is about the rats in the ballast. Another kingly perspective can be found in JC Chandor’s Margin Call, in which a banking firm’s expensively tailored big swinging dicks (Jeremy Irons, Kevin Spacey, Paul Bettany) throw an utterly cynical and dishonest fire sale of the toxic assets they inadvertently discover now underpin – and threaten to completely undermine – their financial firm’s entire economic wellbeing.

The Big Short: Inside the Doomsday Machine by Michael Lewis

Off Topic but an Interesting Story: THE POWER ELITE PLAYBOOK: CORPORATE GENERALS​

U. S. Governor-Generals from 1898 to 1901 were: General Wesley Merritt who functioned from August 14, 1898 to August 28, 1898; General Elwell S. Otis who operated from August 28, 1898 to May 5, 1900 and General Arthur MacArthur, Jr. who implemented the U.S. program from May 25, 1900 to July 4, 1901, when the U.S. installed a civilian – William Howard Taft (1901 to 1903) whose father Alphonso Taft had co-founded Skull and Bones (The Brotherhood of Death) at Yale University in 1832.
Taft became Secretary of War (1904–1908) and U.S. president (1909–1913). Additionally, he supported the unconstitutional 16th Amendment of February 3, 1913, which allows the privately owned IRS to collect income tax designed to pay interest on the fiat money that the Federal Reserve, also privately owned, prints. He also supported the 17th Amendment, ratified on April 8, 1913, which deprived state governments of the right to select U.S. senators in favor of direct, popular election of senators – popular election allows corporate giants to influence the result, and thus effectively to purchase federal legislation in their own favor.  After Spain’s defeat in the Spanish-American War of 1898, the U.S. paid Spain $20 million for the latter’s former colonies, the Philippines, Guam, Puerto Rico and other islands in the Caribbean, which the U.S. then occupied. In return for its land, the hated Catholic Church received more than $7 million after asking for $11 million. President William McKinley used a euphemism to describe America’s occupation of its new overseas possessions: “Benevolent Assimilation.”

It's a Big Club and You Ain't In It

"There's a reason education SUCKS, and it's the same reason that it will never, ever, ever be fixed. It's never going to get any better, don't look for it, be happy with what you've got. Because the owners of this country don't want that. I'm talking about the REAL owners, now. The REAL owners, the BIG WEALTHY business interests that control things and make all the important decisions -- forget the politicians. The politicians are put there to give you the idea that you have freedom of choice. YOU DON'T. You have no choice.

You have OWNERS. They OWN YOU. They own EVERYTHING. They own all the important land, they own and control the corporations; they've long since bought and paid for the Senate, the Congress, the State houses, the City Halls; they've got the judges in their back pockets, and they own all the big media companies so they control just about all the news and information you get to hear. They gotcha by the BALLS.

They spend billions of dollars every year lobbying -- lobbying to get what they want.

Well, we know what they want -- they want MORE for themselves and less for everybody else. But I'll tell you what they don't want.

That's right. They don't want people who are smart enough to sit around the kitchen table and figure out how badly they're getting FUCKED by system that threw them overboard 30 fuckin' years ago. They don't want that. 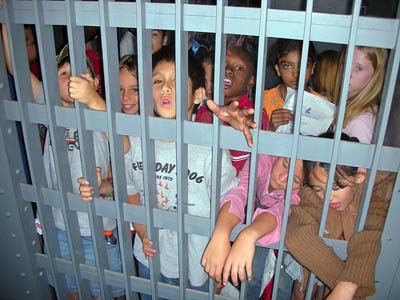 You know what they want? They want OBEDIENT WORKERS.

OBEDIENT WORKERS. People who are just smart enough to run the machines and do the paperwork, and just dumb enough to passably accept all these increasingly shittier jobs with the lower pay, the longer hours, the reduced benefits, the end of overtime, and the vanishing pension that disappears the minute you go to collect it. And now they're comin' for your SOCIAL SECURITY MONEY. They want your fuckin' retirement money. They want it BACK. So they can give it to their criminal friends on Wall Street. And you know something? They'll get it. They'll get it ALL from you sooner or later -- 'cuz they OWN this fuckin' place.

By the way, it's the same big club they use to beat you over the head with all day long when they tell you what to believe. All day long, beating you over the in their media telling you what to believe -- what to think -- and what to buy. The table is tilted, folks. The game is rigged. And nobody seems to notice. Nobody seems to care. Good honest hard-workin people -- white collar, blue collar -- doesn't matter what color shirt you have on. 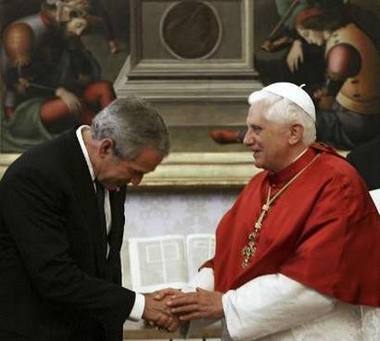 You know? And nobody seems to notice, nobody seems to care ... that's what the owners count on, the fact that Americans will probably remain willfully ignorant of the big red, white and blue dick that's being jammed up their assholes every day. Because the owners of this country know the truth -- it's called the American Dream ... 'cuz you have to be asleep to believe it."


The greatest 3 minutes of his career, and the final 3 minutes of his career. The PTB are aggressively trying to keep this video off YouTube and Google, so I thought I'd upload it so it can't get deleted as easily. Everyone needs to watch this! "It's called the American Dream, because you have to be asleep to believe it."

Nearly Half of Consumers Don't Have Enough Savings to Live on for More Than a Month​- 1 in 5 (20%) people have no savings
- Of those who have money put away, 1 in 4 (25%) do not know how much is in his or her savings account
- More than 9 in 10 (92%) people believe parents should be responsible for teaching children financial lesson. (92%) of respondents believe it is up to parents to educate future generations about money matters, yet less than half (47%) of parents indicate they are confident in their own understanding of the topic.
- Nearly half (49%) of consumers surveyed lack confidence in their knowledge or understanding of their personal finances. This deficiency in financial literacy is likely a contributing factor to why nearly half (48%) of respondents do not have enough money saved to last them more than a month if they were to lose all sources of income.
- Those ages 50+ are more likely than 18- to 49-year-olds (75% vs. 63%) to feel that assigning chores for allowance is one of the best ways to teach kids financial lessons.
- Younger respondents age 18 to 34 are more likely than people age 35 and older to think playing a game is a good method to teach children financial lessons (36% vs. 26%).
- More non-parents than those with kids (32% vs. 22%) feel that a person should become fully financially responsible for themselves when they get their first full-time job.
- The largest majority of parents (27%) think a person should become financially responsible for themselves when they move out of their parents' house.