"If you want to be free, be free
'Cause there's a million things to be
You know that there are" ~ Cat Stevens

"An economist is a man who states the obvious in terms of the incomprehensible." -Alfred A. Knopf

"Kingcraft and Priestcraft have fell out so often,
that ’tis a wonder this grand and ancient alliance is not broken off forever.
Happy for mankind will it be, when such a separation shall take place." ~  James Otis

Nobody knows anything. Especially the smart and educated. We continually laud the graduates of Ivy League institutions, those with money and fame can do no wrong. But then they do. Revenge permeates all income brackets and social strata. Truth knows no bounds, it resonates with all. The media is untrustworthy,  they are hacks paid to promote / advertise for the 1%. It's every man for himself in America today. It's a coarse country where you work 'round the clock for meager rewards. Sure, there's a carrot out in front, but it can only be bitten by the same people who tell us to get in line, the one percenters who control corporations and education and are keeping us down. And it's not only Republicans, but Democrats too.

What passes as "Financial Literacy" in our schools, on our TV and Radio is a load of crap because (as you must know by now) banks aren’t interested in making us wealthy and politicians aren't interested in governing for the commonwealth, only their own personal wealth.

1981 America was an era of "Dallas", CNN and MTV, when cable television ruled. The 99pc watched what was going on everywhere learned that they were now competing against everybody. Since competition was now the norm, you might as well win. Wall Street Rules were just meant to be bent, not only by Michael Milken and his troops at Drexel Burnham Lambert, our first exposure to the riches of finance, in order to become wealthy, in order to get ahead. We stopped trusting American institutions,  we knew it was all rigged.

"When in danger,
when in doubt,
run in circles,
scream and shout."

WATCH OUT BANKS: The pitchforks are coming! We're going to disrupt.
You cannot see it coming, but your whole world is about to be upended.

This last lecture provides more evidence of just how much the financial education industry is booming, but shows just how much more this is actually  an advertising, propaganda marketing gimmick  - - NOT an educational enterprise  --  but only designed to distract us from the hard truth that Americans are being hustled. 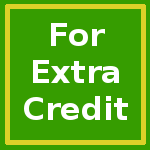 DO READ: "RICH AS HELL"  A book of nine lectures that will help you to absorb what is on this website.

It tells  story of how the 1% of great American and European fortunes were actually built on the ugly immoral “China”(opium) drug and slave trade, not by the "industrious, moral" behavior propagated by academic myth makers.

THE BIG SHORT
This movie cuts through the crap and reveals those in power to be corrupt, greedy weasels who aren’t really as smart as they want you to think they are. The finale of the movie is sobering and infuriating. After unequivocally proving that Wall Street bankers, aided and abetted by the Federal Reserve, Congress, the SEC, and the mainstream media, destroyed the global financial system, put tens of millions out of work, got six million people tossed from their homes, and created the worst crisis since the Great Depression, the filmmakers are left to provide the depressing conclusion.  No bankers went to jail. The Too Big To Fail banks were not broken up – they were bailed out by the American taxpayers. They actually got bigger. Their profits have reached new heights, while the average family has seen their income fall.

In 2011 Lauren E. Willis, a professor of law at Loyola Law School in Los Angeles wrote "Financial Education: Lessons Not Learned & Lessons Learned" concluded that there is "no strong empirical evidence that financial literacy education leads to household well-being or improved behavior from citizens, government or banks. It feels like putting on glasses for the first time, when everything that was once only a shadow is shockingly crystal clear - game over!

THROW AWAY YOUR ECON TEXTBOOKS

4/14/15 “I’m going to frame my bank statement, which shows that Bankinter is paying me interest on my mortgage,” said a customer who lives in Madrid. “That’s financial history.” The client in 2006 took out a roughly €500,000 ($530,000) home mortgage loan based on Swiss franc Libor, plus 0.5 percentage point. Since then, Swiss franc Libor has fallen far enough into negative territory to make his mortgage rate negative.
Tumbling Interest Rates in Europe Leaves Some Banks Owing Money on Loans to Borrowers (WSJ)

ADVICE: DO SOMETHING UNIQUE!

The idea, the germ, the creative spark THE GINIKER is the key. It's nothing without execution!

The problem with highly-educated people, with the MBAs from Stanford and Harvard, is they can't do this.

That's what separates the creative people from the grinds. Because success is about personality, not your C.V.