2016 Tax filing firms have spent $41M against legislation to make filing your taxes more simple.
Warren’s bill, the Tax Filing Simplification Act of 2016, seeks to establish a free online tax preparation and filing service that would give citizens access to tax return information provided by third parties like employers and allow them to file directly file with the federal government. The bill is taking aim at the Internal Revenue Service, seeking to prevent it from entering into agreements with third parties that block its own ability to provide free online services. 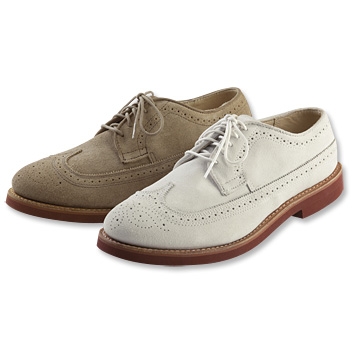 TAX ABUSE: HOW TO GAME THE SYSTEM

You can't do this without the White Shoe Lawyer, Lobbiest, and Politician.

The whole thing is reducing the effective tax rate.

Corporations hire the lawyers, accountants and lobbyists on K Street to give the scripted pieces of legislation they write to the politician (who accepts their campaign money ) to deliver their "special interest" bill and get it passed into law for them. Corporate Tax returns are off the books - they are secret! You will never know what they've paid in taxes but they've declared their income. The IRS and the company says this is competitive information!! 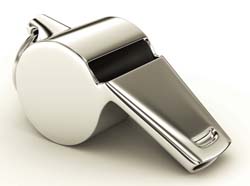 There are No Rules for the Rich Fat Cats but there are Rules For You!

Only Little People Pay Taxes
Why a janitor ends up with a higher tax rate than a millionaire, and seven more charts that show how the richest Americans beat the IRS. "We don't pay taxes. Only the little people pay taxes," billionaire hotelier Leona Helmsley famously (and allegedly) sniffed. She wasn't entirely correct: The superrich do still pay taxes. The wealthiest 1 percent of taxpayers pay 32 percent of all income tax collected by the federal government.  But the superrich don't pay as much as they used to—and thanks to a combination of tax cuts and preferential tax policies, their tax obligations can be less demanding than the so-called little people's. In fact, the very wealthiest Americans' tax burden has been steadily dropping for years, even as they've enjoyed astounding income growth not seen by the vast majority of Americans.  The superrich get an additional boost from relatively low tax rates on capital gains. Income from long-term investments, which makes up a larger portion of wealthier taxpayers' incomes than middle- and low-income taxpayers', is taxed at lower rates than wages.

April 15 not much of a deadline for most taxpayers

The calendar shows April 15, and you haven't even started on your federal tax return? Chances are, you don't need to fret.  If you're due a refund - and about three-fourths of filers get refunds - April 15 isn't much of a deadline at all.  The Internal Revenue Service doesn't like to talk about it, but penalties for filing late federal tax returns apply only to people who owe money. The penalty is a percentage of what you owe. If you owe nothing, 5 percent of nothing is ...nothing!

If you are owed a refund, why wouldn't you want it as soon as possible? And if you have unpaid taxes, the late fees add up quickly.

"Most people with refunds are filing early in January, February and March because they'd like the refund early," IRS Commissioner John Koskinen said. "So we don't see an incentive and we don't see much experience of people waiting later for us to keep the money longer."

The failure-to-file penalty is generally 5 percent of your unpaid tax bill for every month, or part of a month, you are late. It kicks in on April 16. In general, the maximum penalty is 25 percent of your original tax bill. There also is a penalty for failing to pay your tax bill, separate from the penalty for failing to file at all, but it's much smaller. That's because the IRS wants you to file a return even if you don't have enough money to pay what you owe. The failure-to-pay penalty is 0.5 percent of your unpaid taxes for every month, or part of a month, you don't pay. About 12 million taxpayers are expected to request extensions, giving them an additional six month to file their returns, according to the IRS. However, these taxpayers still must pay at least 90 percent of their tax bill by Tuesday to avoid the failure-to-pay penalty.​

What if you wait years to file your tax return?  If you're really late, the IRS will take your refund after three years, turning it over to the Treasury.  Last month, the IRS said it had $760 million waiting to be claimed by an estimated 918,600 taxpayers who did not file returns for 2010.  Some of these people weren't required to file returns because they didn't make enough money. But they still may have had taxes withheld from their pay. The 2010 returns were due on April 15, 2011, so those taxpayers have until Tuesday to claim their refunds.  As part of the agency's effort to encourage these taxpayers to come forward, the IRS reassured in its news release: "There is no penalty for filing a late return qualifying for a refund."

Last year, the federal government collected $2.8 trillion in taxes and fees. Here is where the money came from:

The Surprisingly Entertaining History Of The Income Tax

Pay Your Income Tax: 1943 Disney Propoganda
Funded and approved by the US Department of Treasury in 1943, this Disney featurette called "The New Spirit" was to encourage every good American to do his "duty" and pay his taxes, which, at this time, were at an all time high. Those who do not wish to pay or don't pay it gladly are depicted as friends of Hitler and enemies of liberty and democracy.

2013 How the IRS’s Nonprofit Division Got So Dysfunctional

Guidance frequently published by the IRS and closely read by tax lawyers and nonprofits disappeared in 1998. The IRS once had a system in place to review how applications were being handled and to flag potentially problematic ones. The IRS also used to show its hand publicly, by publishing educational articles for agents, issuing many more rulings, and openly flagging which kind of nonprofit applications would get a more thorough review. Into this loophole came the Supreme Court’s Citizens United decision in January 2010, which changed the campaign-finance game by allowing corporate and union spending on elections. http://ow.ly/lcLFd

The Tax Man Cometh! But For Whom?
Who Does Pay A Lot? The top 10 percent of income earners in America pay 70% of all federal income taxes. Since 1961, the total percentage of U.S. Federal Income Tax collected from corporations has been cut in half.