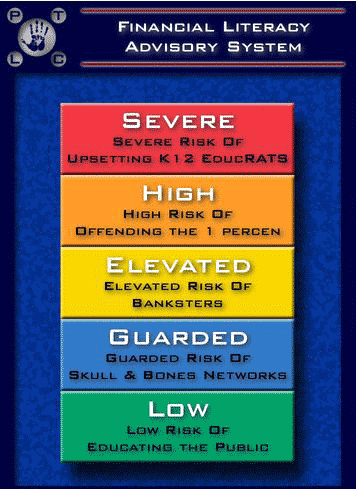 We claim the language and own the conversation.
"We the people" own the knowledge, memory, and soul of our nation.

IT IS NOT A CONSPIRACY THEORY
WHEN YOU CAN SHOW PROOF OF STRATEDGY!

Since your time is precious, and your money is precious and since there is so much competition for your attention, just what in the world is so compelling about this resource that you should pay for it? Especially when you can get all you can eat for free at the internet buffet?

We show the Big Picture.

Education is compartmentalized, and social studies which should be able to - doesn't deliver the big picture. We use the net to interrupt the state sanctioned text books who have bought the right to have publishers print the myths that they want to you to believe but do not really explain what happened. We interrupt the education text book industry supply chain - but more about that later . . .

Folks who read the book "RICH AS HELL" need to fact check.
They need to check out any "theory". Like Aristotle said, education, theater, films, literature and the press are supporting pillars which shape the personality of the nation. To triumph you've got to be smart, experienced and creative.  We present information with facts, wrapped up in a presentation so good that you can check the facts very easily!

Without precise language you can't know anything - but luckily for us, there are memories buried in literature, pictures and first person resources, press reports and film that provide the evidence needed to fact check all the evidence.

This online curriculum "RICH AS HELL" intended to meet those required benchmarks of scholarship required to erase any doubt that how we all got here is statecraft by design, and not a "conspiracy theory".  "We the People" own the language and in this story we own the conversation!

Today everybody is indoctrinated, everybody drinks the kool-aid, no one wants to be a loner, we live in an era of groupthink, and nowhere is it worse than in high school.

Story telling is like a game of chess. We have an interdisciplinary style so that in the end you'll know the big picture. This online curriculum will explain all the moves made by all the players - - not just those pieces of information that the government has paid publishers to print, but the hard facts of history made by documented known and unknown culture makers who have been censored by the corporate and government sanctioned myth makers.

The U.S. currently spends over $1.7 billion dollars on standardized tests.
Most of these tests measure students' ability to recall stand-alone facts and provide one right answer. We know that college and career success requires the skills for modern learning associated with creativity. Our challenge is to bring the facts about the 1%, how they made their money that allows the public to learn the facts needed to make decisions about going to college before they drop out from or graduate from High School.

LEADERSHIP IS OVER-GLORIFIED AND GREAT ARTISTS ARE CHAMPION ANALYZERS

12/7/12 The U.S. currently spends over $1.7 billion dollars on standardized tests.
Most of these tests measure students' ability to recall stand-alone facts and provide one right answer. We know that college and career success requires the skills for modern learning associated with making. Our challenge is to bring maker experiences into students' K-12 curriculum so that they can learn, deepen, and master these skills before they graduate.

7/15/14 Can Creativity Be Learned?  Prevailing theories on creativity focus on methodology, or amount of practice. But new studies suggest artistic talent may be more hard-wired than we thought. However, Creativity might just be a programmed bot waiting to take your job away.

Humans Need Not Apply
MECHANICAL BOTS CAN DO CREATIVE WORK: THE ROBOT REVOLUTION WILL REPLACE 45% OF THE WORK FORCE.

Our forebears, in developed economies, may have worked 60- or 70-hour weeks.  Today, with productivity increases from technical advance, decent livings are possible with 40-hour weeks.  This youtube points at 2-hour weeks ... or, something like that.

Of course, the _real_ issue, then, is wealth distribution.  Who 'takes home' the benefits from such dramatic labor-saving?   The way things are going in the US, for example, the answer is:  A good bit less than 1 percent of the population.  Of course the world's north-south divide illustrates this injustice at the global level.  So - not at all surprisingly - the driving issues are human, social - and most of all, political.

Example of Pedantic Professor [whoever's ] lectures were so pedantic that his students sometimes had a tough time understanding the big picture. It is important to understand pedantic terminology before we begin . . .

Characterized by a narrow, often ostentatious concern for book learning and formal rules: a pedantic attention to details.

emphasizing minutiae or form in scholarship or teaching; strict; meticulous

Of or relating to schools; academic.

often Scholastic Of, relating to, or characteristic of Scholasticism.

A dogmatist; a pedant.
Pedant Etymology: Middle French, from Italian pedante
1 obsolete : a male schoolteacher
2 a : one who makes a show of knowledge
2 b : one who is unimaginative or who unduly emphasizes minutiae in the presentation or use of knowledge
2 c : a formalist or precisionist in teaching

Teachers are sometimes labeled "pedagogues" if they're pedantic -- that is, overly strict, close-minded, and self-important. And the word "pedagogue" comes from Greek Antiquity, where it referred to the slave who led his master's children to school.

"It should be the chief aim of a university professor to exhibit himself in his own true character -- that is, as an ignorant man thinking, actively utilizing his small share of knowledge." -- Alfred North Whitehead

(Gr. Antiq.) A slave who led his master's children to school, and had the charge of them generally.

A teacher of children; one whose occupation is to teach the young; a schoolmaster.

One who by teaching has become formal, positive, or pedantic in his ways; one who has the manner of a schoolmaster; a pedant. --Goldsmith.

intended to educate or instruct, esp. in moral values:

showing or having a tendency to teach, preach, or moralize.

something that is advocated or taught; teaching.

a belief or system of beliefs held and advocated by a religious, governmental, academic, or other group; dogma:

If we knew what we were doing,
it wouldn't be research,
would it?
~ Albert Einstein

Sometimes you need to be your customer by Simon St. Laurent |  @simonstl

Write about what you don’t know.

Sometimes you just need to leap into sharing your learning, even when you haven’t yet learned much. “Beginner’s mind” usually becomes more abstract as a person advances, making it difficult for beginners to learn from experts. If you can dare to write while you’re learning, you may find unique opportunities to create content that appeals first and foremost to learners.

Why on earth write about subjects where I wasn’t a master?

My usual answer is simple: no one else has written what I need. It may exist, but it’s scattered. I can work my way slowly through material meant for experts, and re-tell their stories for myself and for a broader audience. The result, if I get it right, is more than just me learning: it’s widening the door for a lot of other people.

One of the best things about starting from zero is that you know what you don’t know.

The hard part, of course, is that it’s everything. You need to find sources you trust, whether references or people. You need to make sure you understand the vocabulary and have at least enough experience to be able to determine how the parts fit together.

The point of this kind of project isn’t to “become an author” or “make a lot of money”.

The odds in both cases are pretty low. You can, however, learn a lot, and make a lot of other people happy along the way.

We expose the myth making in censored state sanctioned text books found in the classroom written by pedantic scholars and academics, who are part of the education industry supply chain that censors information and access.

All coup d´etats, revolutions and wars in the 19th and 20th centuries are centered in the battle of the Guelphs to hold and enhance their power, which is now the New World Order.  The power of the Guelphs would extend through the Italian financial centers to the north of France in Lombardy (all Italian bankers were referred to as “Lombards”. Lombard in German means “deposit bank”, and the Lombards were bankers to the entire Medieval world. They would later transfer operations north to Hamburg, then to Amsterdam and finally to London. The Guelphs would start the slave trade to the colonies. 1454 Pope induced to extend his blessing to the slave trade and his authority to “attack, subject and reduce to slavery the Saracens, Pagans and other “enemies of Christ.” Portugal becomes a prime user of slavery to promote its trade in sugar, to which people were becoming addicted.

This is the power of the internet.​